CSK vs MI was all the hype yesterday. Not only was it the most awaited match of the season but marks the beginning of the 2020 IPL. MI and CSK are the two strongest teams of IPL.

Although most people predicted MI to win the first match, CSK truly proved to be an underdog. CSK won the match by five wickets.

MI had a team of strong batsmen while CSK had bowlers. But once again, MS Dhoni proved everyone wrong. With their amazing team performance in batting, bowling and fielding, CSK won the first match.

10 Biggest Highlights of the Match:

The biggest highlight of the event was none other than the former Indian Captain MS Dhoni. He retired from ODI in 2019. After playing his last ODI fans were excited to see him play after 473 days. His return on the pitch was the major highlight. Not only that, but he has also seen bowling before the game. It was a surprise for the audience. He is sporting a new beard and a hairstyle too. Captain Cool really looks cool with his new IPL look.

The next biggest highlight was the toss. Chennai won the toss against Mumbai. They decided to go bowling instead of batting.

Bravo Did Not Play:

As we know, Bravo is one of the top players in IPL. This year he is playing with CSK. But unfortunately, he was not selected to play the first game of the match. This event shocked the fans as well. Seems like, CSK is saving the best for the last.

After the toss, MI went to bat first. Being the captain of the team, Rohit Sharma went on strike. Deepak Chahar went from CSK to bowl. It took some time to begin the match. However, when the first ball hit, Rohit cracked a powerful four. MI got four runs on the first ball.

Rohit and de Kock were the star players in the match. After four overs went by, CSK finally got their footing back. First Piyush Chawla got Rohit, followed by Curran taking de Kock.

Ngidi Kills It With 3 Wickets:

After the strategic time out, Ngidi got Panday. Dhoni got the catch. In the last three overs, Ngidi got Pollard as well as James Pattinson.

Shane Watson is Out:

Shane and Murali Vijay were the first to bat. However, Trent Boult gets him.

After Watson, Murali Vijay lost to Pattinson. CSK takes the burn of losing two of the best batsman.

MI bowlers and fielders miss catches, wickets and runs. CSK took the best advantage of their off fielding.

Rayudu makes 50 runs from 33 balls. CSK gains the composure and goes for the win.

MS Dhoni on the Strike:

After Rayudu and Curran are out, MS Dhoni goes on strike. Seems like, Dhoni will be the one to finish the match.

After being declared out, Dhoni uses DRS. Looking at the clear picture, Dhoni remains in the game as the previous decision is ruled out.

In the last over CSK needed five runs to win. Du Plessis finishes the game with a beautiful winning four. CSK wins the match against MI.

These are the ten biggest highlights of the first game. The next match is between DC and KXlP. 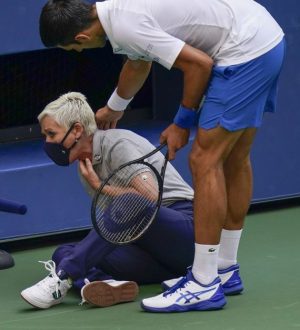 Lionel Messi: Second Billionaire and Highest-Paid Footballer in the World 18.09.2020
To other news