Exams Taken Amidst the Pandemic: NEET

Three thousand eight hundred exam centres were held around and across the country for the students to take their medical exam, NEET. Students were allotted seats to maintain the social distancing rule for giving the examinations.

What has the Educational Minister had to say about this?

The Union Education Minister, Ramesh Pokhriyal, wished the students good luck for their examinations. He also tweeted a message thanking the chief ministers and NTA for holding and managing proper social distancing arrangements for the students who appeared for the NEET exams. Additionally, he went to thank them for facilitating the exam conduction for the students.

The leader of Congress National Party Rahul Gandhi, who was one of the people demanding the dates to be postponed for the examinations, wished the students appearing for the exams good luck and also conveyed sympathy for those students who could not appear for the examinations due to being affected by the pandemic and the floods.

Additionally, he stated in his tweet that he wished that PM Modi would have understood and taken concern for the aspirants and students of JEE-NEET the same way he does for his close capitalist colleagues.

Have the NEET exams been postponed previously?

Yes. The NEET examinations have been postponed twice because of the ongoing pandemic and now to prevent further academic loss, the government has decided to go ahead with the examination for NEET.

What were the precautionary steps taken to ensure the safety of the students?

About the NEET Exam

On Saturday, till 5 pm, more than 15 lakh students candidates had downloaded their admit cards for the NEET examinations.

The test was made available to students in 11 languages: Assamese,

Facilities are given to the students by the State Government

The transportation and accommodation were made free for the students by the government of various states. It was reported that West Bengal even ran a special metro service for the students who were appearing for the NEET examinations. 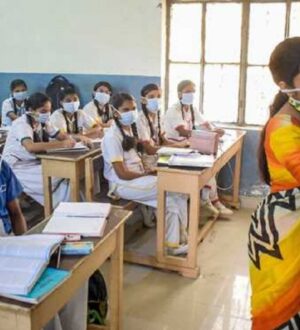 Reopening of Schools from 21st September: The Indian States Which Will Reopen Schools 19.09.2020
To other news